Dr. Mingfeng Wang is a Research Fellow of 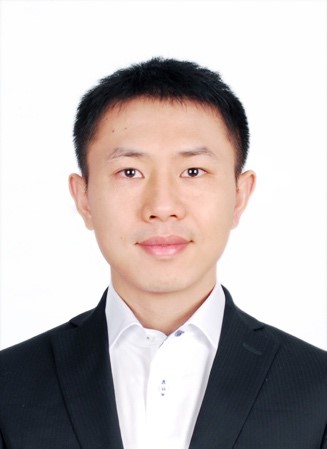 Mechatronics and Robotics at the Rolls-Royce University Technology Centre (UTC) in Manufacturing and On-Wing Technology Centre, University of Nottingham, UK. He received his B.Sc and M.Eng from Central South University, China and Ph.D. from the University of Cassino and Soth Latium, Italy. His research interests cover novel design & development in the following areas: Humanoid Robots, Precision Farming Robots, Continuum Robots, and Hexapod Robots,  including robot technology in terms of structure synthesis, mechanical design, kinematic and dynamic analysis, motion planning, motor control, system design & integration, and fabricating & debugging.  Until now, he has published 18 papers that have been presented in international conferences or journals and 2 patents in Italy.

A robot can be defined as a system which is able to perform several manipulative tasks with objects, tool, and even its extremity (end-effector) with the capability of being re-programmed for several types of operations. In a robot, mechanism design plays an important role on functionality and performance characteristics with a variety of solutions. In particular, mechanism structure is often studied and designed with specific mechanisms within the mechanical structure with primary function to facilitate or to enhance motion transmission from power unites to robot links. Thus, mechanism in robots are in general used with two primary goals, namely to perform the mechanical tasks and to provide powered motion of its structure. In this talk, four examples of mechanism designs for robots will be presented with the aim to show the structure and role of mechanism in robot developments. 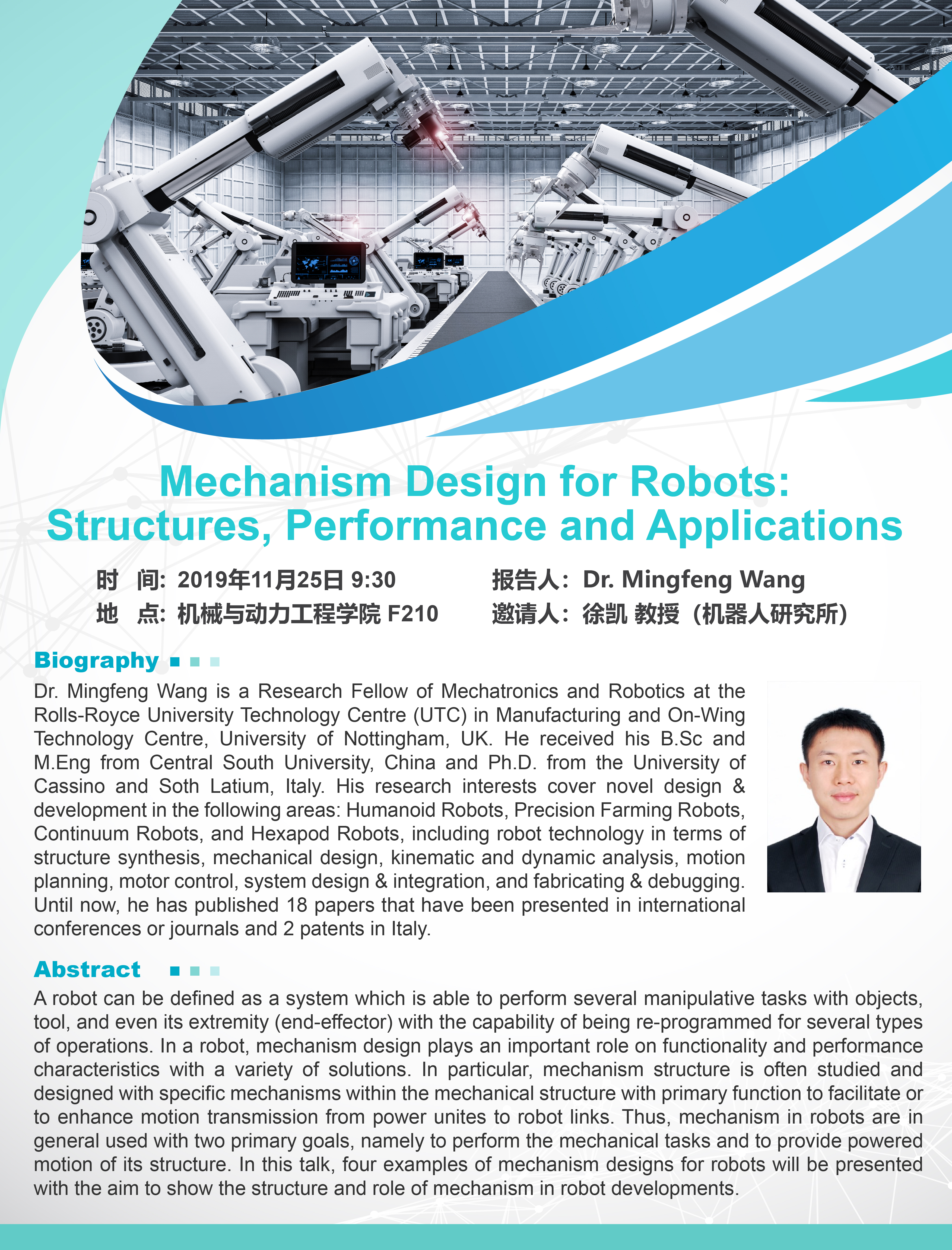