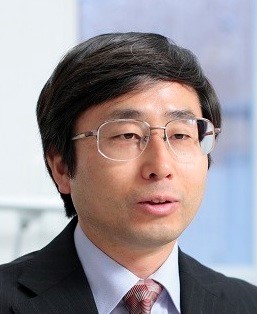 ng a bachelor's degree in 1983 and his doctorate in 1988 from Tokyo Institute of Technology. After one and half years as a postdoctoral fellow at the University of Texas in Austin, he became a research associate at the Tokyo Institute of Technology until 1995. He then joined the Tokyo University of Science as a Lecturer before he became associate professor in 1998 and a full professor in 2003. Kudo received an award from the Japanese Photochemical Association in 2009, the 10th Green and Sustainable Chemistry Award from the Ministry of Environment in 2011 and Catalysis Society of Japan Award (academic field) in 2017, and an Award for Academic Achievements in Ceramic Science and Technology in 2017. He was selected as 2018 year Clarivate Analytics Highly Cited Researchers. His current research interest focuses on photocatalyst and photoelectrode materials for water splitting and CO2 fixation of artificial photosynthesis.

Photocatalytic water splitting is a challenging reaction because it is an ultimate solution to resources, energy, and environment issues. Photocatalytic CO2 fixation using water as an electron donor has also attracted attention. These can be regarded as artificial photosynthesis, because light energy is converted to chemical energy. In the talk, after basic views are explained, various metal oxide and sulfide photocatalysts and photoelectrochemical cells for the artificial photosyntheses are introduced. 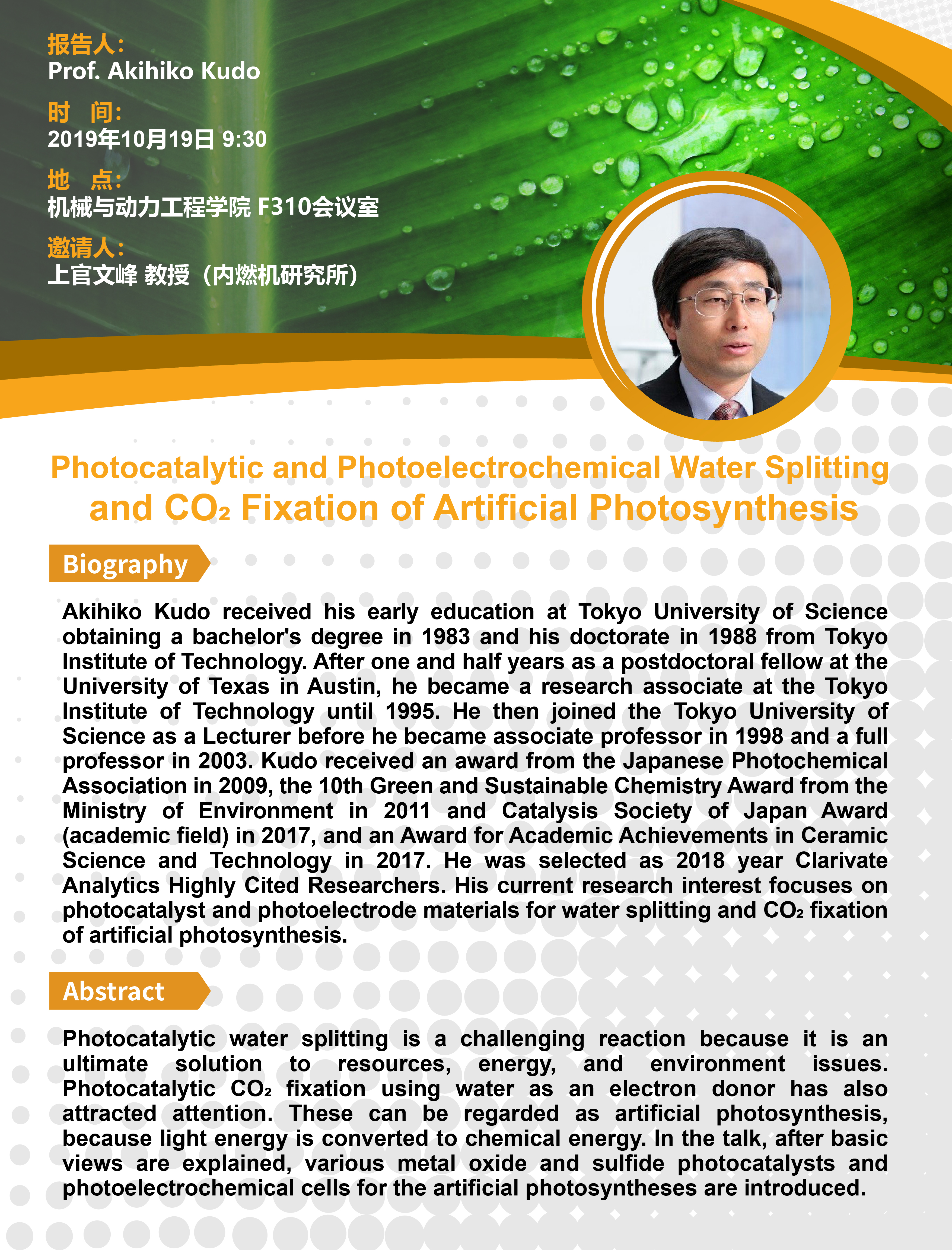