Dr. Gao is the Cady Staley Professor of Engineerin 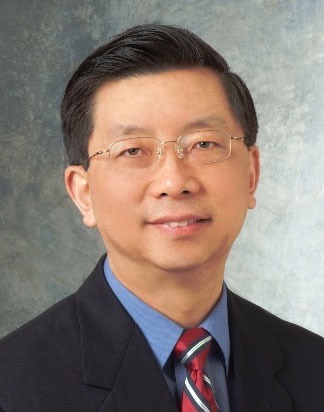 g and Department Chair of Mechanical and Aerospace Engineering at Case Western Reserve University in Cleveland, Ohio. He was the Pratt & Whitney Chair Professor at the University of Connecticut during 2008-2015. Since receiving his Ph.D. degree from the Technical University of Berlin, Germany in 1991, he has been working on physics-based sensing methods, design, modeling, and characterization of instrument systems, stochastic modeling and machine learning techniques for improving the observability of dynamical systems such as manufacturing equipment and processes. The goal of his research is to gain deeper understanding the physical mechanisms underlying the manufacturing processes and equipment performance degradation, to ultimately improve process and product quality control.

Prof. Gao is a Fellow of the IEEE, ASME, SME, and CIRP (International Academy for Production Engineering), and an elected member of the Connecticut Academy of Science and Engineering. He was a Distinguished Lecturer of the IEEE Instrumentation and Measurement Society and IEEE Electron Devices Society. He was the lead guest editor for the Special Issue on Data Science-Enhanced Manufacturing of the ASME Journal of Manufacturing Science and Engineering, and served as an Associate Editor for several journals of the IEEE, ASME, and IFAC. He has supervised approximately 40 PhD and MS students to their graduation, holds 12 patents, published three books and over 380 technical papers, including over 160 journal articles. He is a recipient of multiple honors and awards, including the IEEE Instrumentation and Measurement Society Technical Award, IEEE Best Application in Instrumentation and Measurement Award, SME Eli Whitney Productivity Award, ASME Blackall Machine Tool and Gage Award, ISFA Hideo Hanafusa Outstanding Investigator Award, several Best Paper Awards, and an NSF Early CAREER Award.

As one of the fundamental building blocks for realizing Industry 4.0, data analytics has been playing an increasingly critical role in advancing the state-of-the-art in manufacturing towards higher degree of automation, precision, and productivity. Advanced data analytics methods such as machine learning have shown to create new opportunities for further pushing the technological boundary in terms of enhanced equipment monitoring, process control, and quality assurance. The ability of machine learning in extracting clues from time series and images to relate product quality with process parameters for process optimization, and developing assistive infrastructure such as robots for enhanced operation and production planning has demonstrated significant potential in realizing smart factories in the future.

This talk highlights research towards smart manufacturing, based on two case studies. The first one focuses on predicting the material removal rate (MRR) associated with chemical mechanical polishing of semiconductor wafers, where a data-driven technique based on Deep Belief Network (DBN) has shown to better reveal the relationship between MRR and polishing operation parameters than physics-based models. The second case study presents machine learning for the recognition of current and prediction of future actions of human operators during assembly operations, which are prerequisites for realizing human-robot collaboration (HRC) in assembly for smart factories of the future. 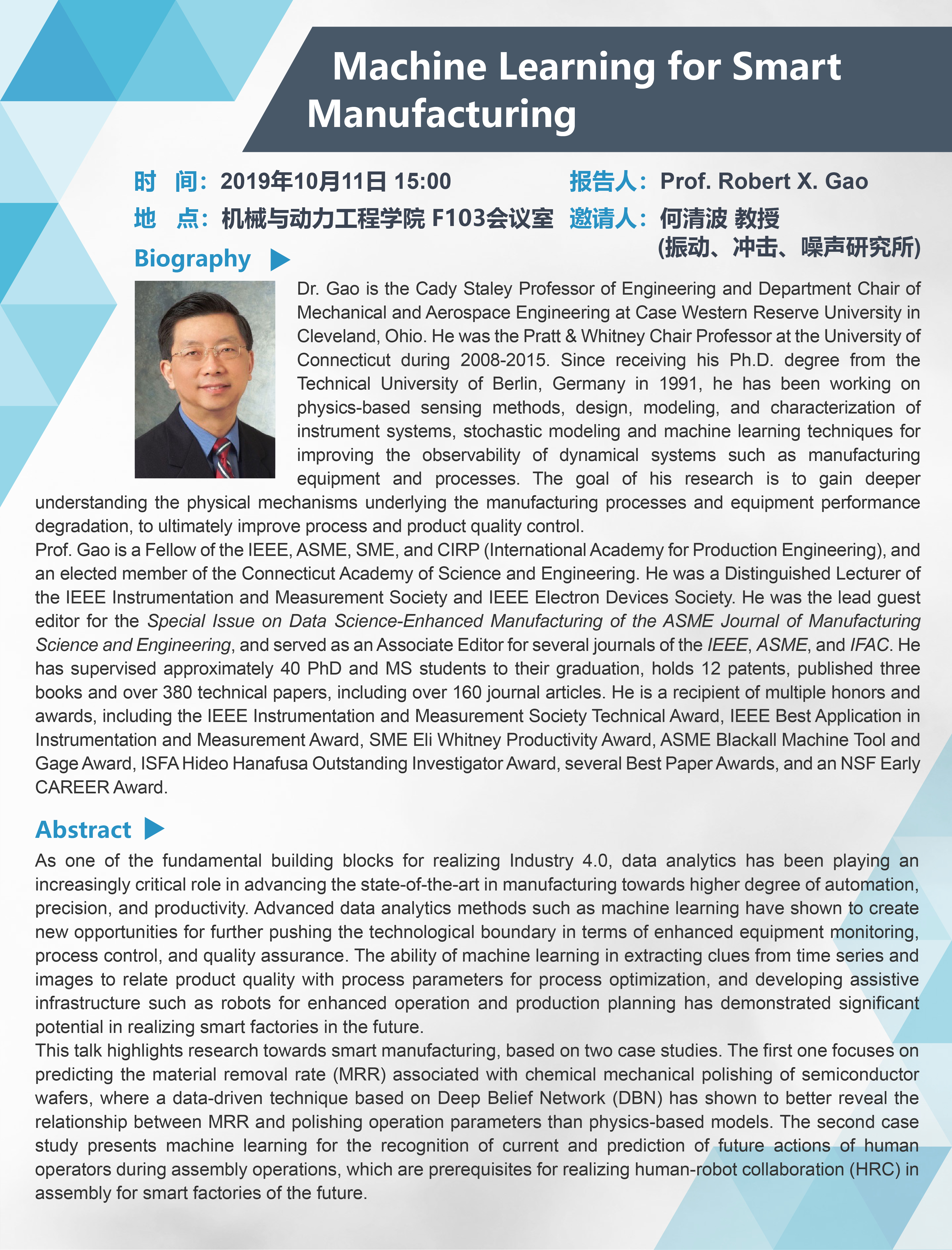