题目：Active Nanofibers and Nanostructures for Sensing, Actuation and Energy Scavenging

Dr. Yong Shi is an associate professor in the Mechanical Engineering Department 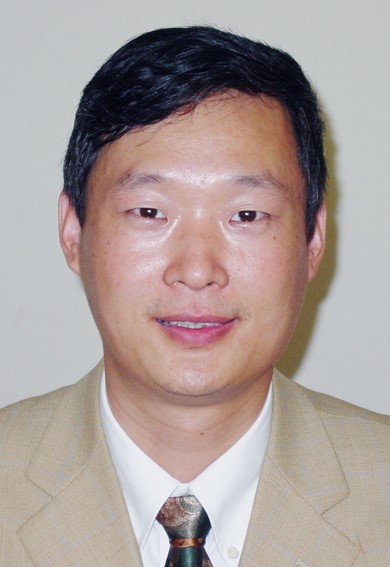 at Stevens Institute of Technology, Hoboken, New Jersey. He is also the Associate Chair for Graduate Education in Mechanical Engineering at Stevens and the Director of the Active Nanostructures and Device Laboratory. Dr. Shi obtained his M.S and Ph.D. from Massachusetts Institute of Technology, Cambridge, MA in 2001 and 2004 respectively. He obtained his Bachelor's degree from National University of Defense Technology on China. His research interests include functional nanofibers and nanocomposites, micro/nano actuators and sensors, biomedical micro robotic systems design, modeling and fabrication. He has won several awards such as the ASNT fellowship from the American Society of Nondestructive Testing and Davis Memorial Award for Research Excellence at Stevens. Dr. Shi has made important contributions to his field and his work has been published in premiere journals, such as Advanced Materials, Nano letters, Nano Research, and books and highlighted on various media and websites for popular sciences.

One dimensional nano structures such as nano-tubes, nano-wires and nano-fibers have great potential as either building blocks for micro/nano devices or as functional materials for micro-scale sensing and actuation applications. They provide more design flexibility and performance which may not be achievable before. Functional nanowire such as PZT is a very good example which was commonly used in bulk or thin film forms. In this talk, the fabrication and characterization of nano piezoelectric (PZT) nanofiebrs will be discussed. We demonstrated the piezoelectric properties of polycrystalline PZT nanofibers through electro-mechanical coupling tests such as dynamic loading and mechanical vibration. PZT nanofibers were fabricated by electrospinning process. SEM image of PZT nanofibers has shown that the average diameter of these fibers is about 150nm. Nanofiber based sensors, actuators and a potable piezoelectric nanogenerator will be discussed. These transducers consist of PZT nanofibers aligned on interdigitated electrodes and packaged using a soft polymer on a silicon substrate. Their performance will be also be evaluated using various experimental methods.

In additional to the technical presentation, Dr. Yong Shi will also briefly introduce Stevens Institute of Technology and our graduate programs. Potential collaboration opportunities at undergraduate, graduate and PhD levels will also be discussed. 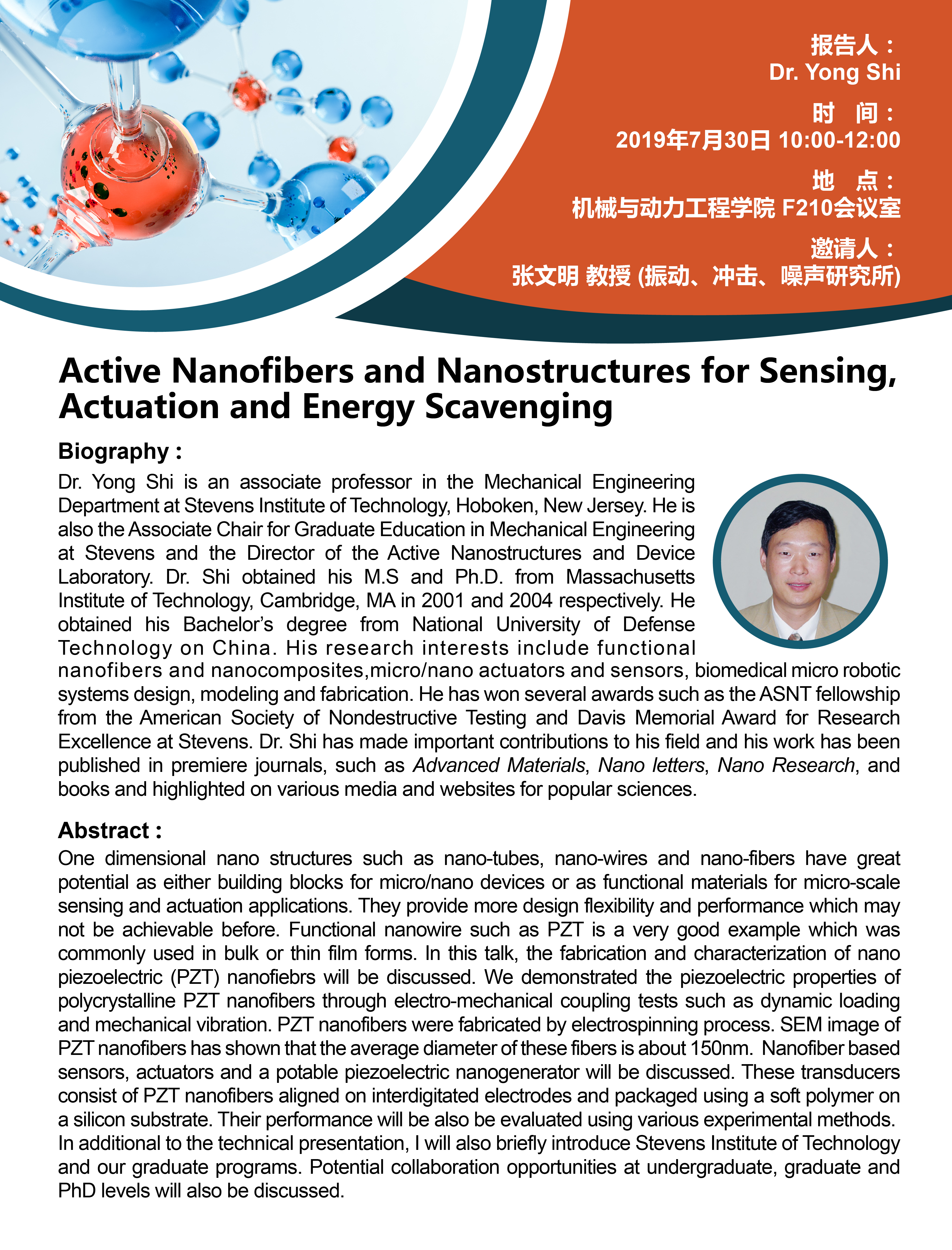