Hidetoshi KANAZAWA, Fellow of the Institute of Electrical Engineers of Japan (IEEJ) and 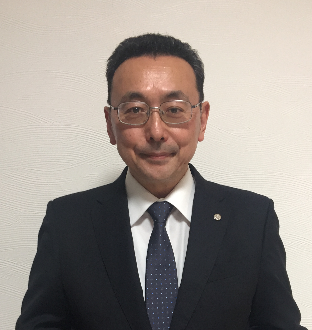 Mr. Kanazawa has devoted his professional career as engineers and also in executive positions such as technology executive, managing officer and director at Toshiba Carrier Corporation, to the planning, design, and development of inverter air conditioning products. His career as power electronics engineer has started since his days at the graduate school of Nagaoka University of Technology, where he was awarded with a master's degree in 1983. He joined Toshiba Corporation in the same year and was engaged for many years in the design and development of inverters for air conditioning applications. For his long-time tireless dedication to the inverter design and development field, the IEEJ recognized to him with a prestigious title of "Fellow" in March 2019. 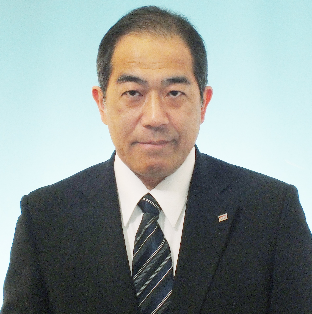 Mr. Suzuki leads as technology executive at Toshiba Carrier Corporation the fields of light commercial AC, air-to-water systems, and core technologies. As a graduate school student at Shizuoka University, where he earned a master's degree in1989, he was engaged in research on compressors for air conditioning applications, then joined Toshiba Corporation and emerged as refrigeration cycle expert, serving various roles such as simulation development, heat pump design and development, to name a few.

Since the launch of the world's first residential inverter AC unit by Toshiba back in 1981, inverter AC units have evolved to be known nowadays as a common household product throughout the world; the inverter AC ratio in China has risen to 40% and is expected to rise further to the level in Japan, where the ratio is at 100%.
Messrs. Kanazawa and Suzuki will discuss episodes on the birth of the world's first residential inverter AC unit, latest technologies on inverters and compressors as core components of AC products, and will also cover some latest trends in heat pump technology as well as low global warming potential (GWP) refrigerants. 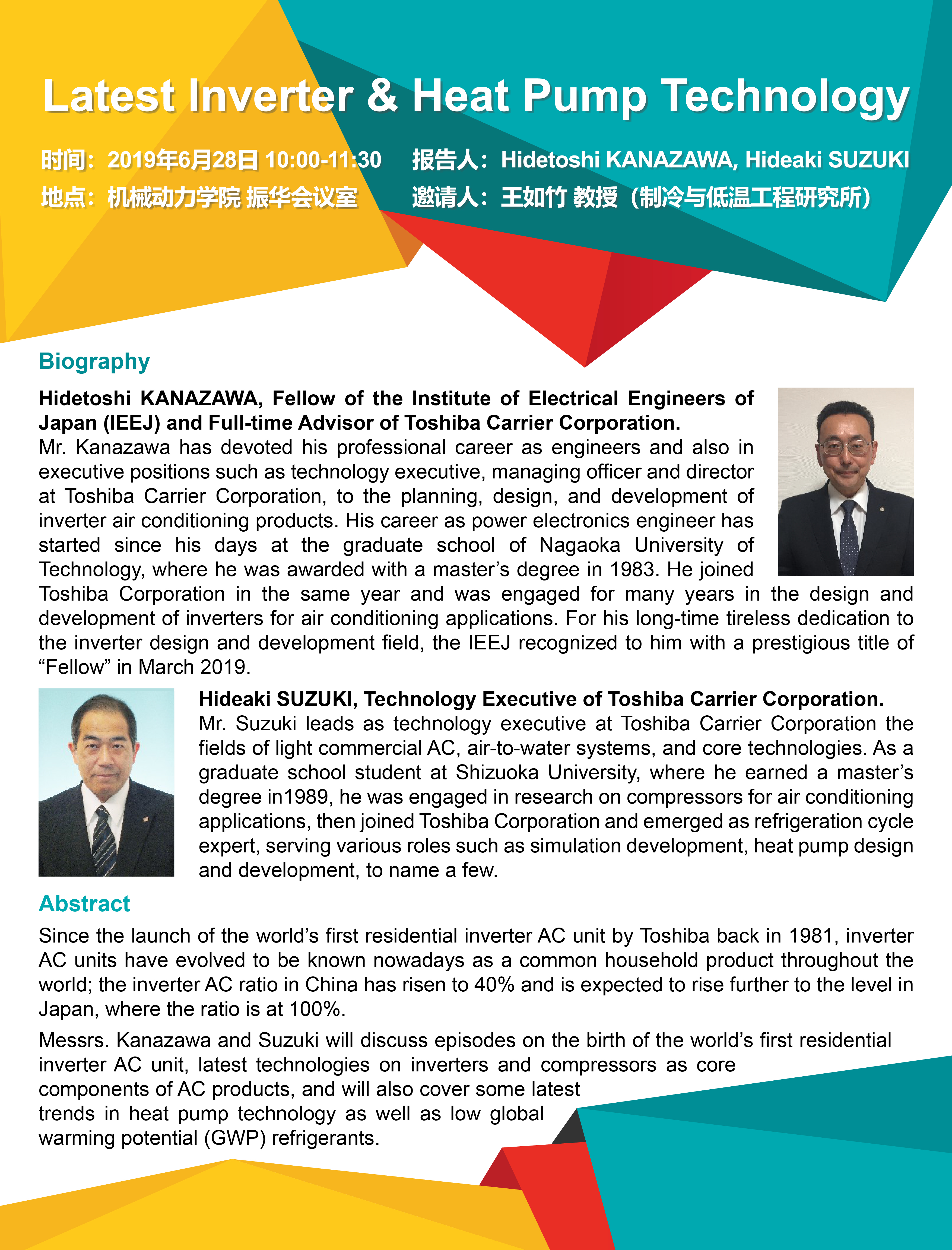