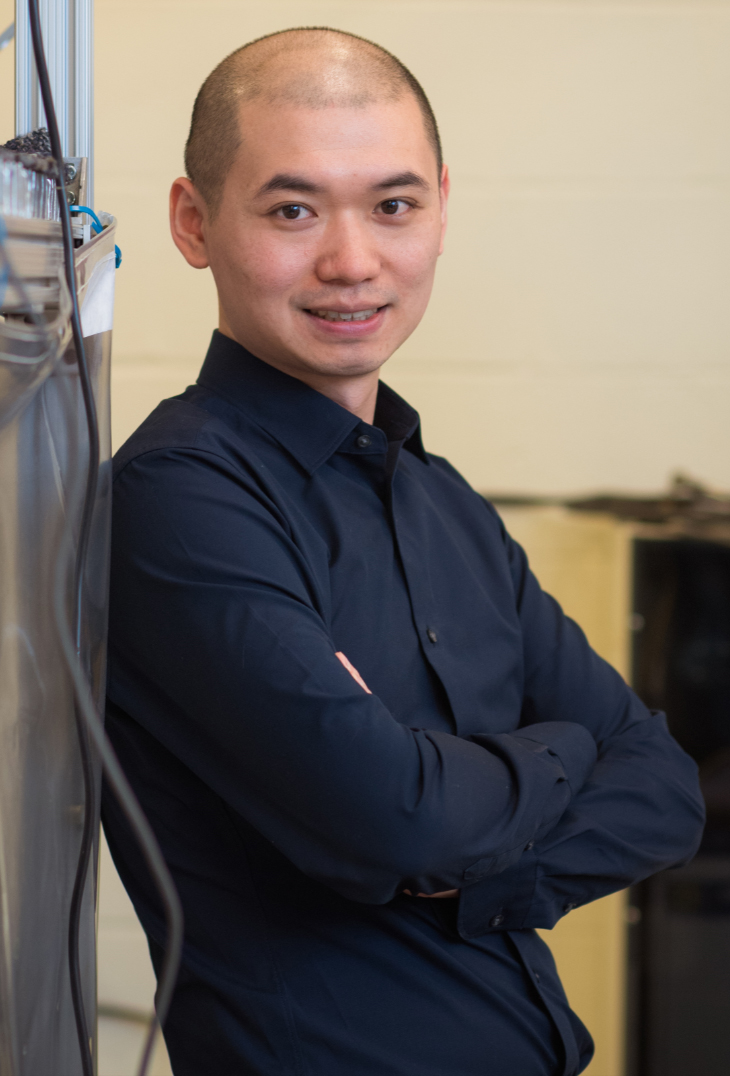 He studied at MIT for his Ph.D. and received his Ph.D. degree in the department of nuclear science and engineering in June 2018, and then continues his research as a post-doctoral at MIT. His main research interests include boiling heat transfer, critical heat flux, two-phase flow and advanced diagnostics. He investigated boiling heat transfer in two extreme conditions: under rapid exponential power input, and in the thin liquid film at annular flow. He developed a multi-spectrum optical system for detecting the transient boiling heat transfer, and another multi-physics diagnostics for quantifying the heat and mass transfer through the liquid thin film in annular flow. He is recently working on nano-/micro-engineered surfaces for CHF enhancement and the associated advanced measuring/fabricating techniques, involving the topics of accident tolerant fuel, benchmark for CHF enhancement from nano-/micro-engineered surfaces, and scalable nano-/micro-engineered surfaces for CHF enhancement in industrial application.

It is well known that in the fuel assemblies of a boiling water reactor the steam quality increases along assembly length as heat is transferred from the fuel rods to the coolant. Nucleate boiling is the dominant heat transfer mechanism at low and intermediate steam qualities, while forced convective evaporation dominates at higher steam quality in the annular flow regime. This transition of heat transfer mechanism, also called suppression of nucleate boiling, affects the local heat transfer coefficient, the stability of the liquid film, as well as the entrainment dynamics. To support the efficient design and safe operation of future BWRs with higher power density, a thorough understanding of the thermohydraulic mechanisms and an accurate prediction of the transition conditions for SNB in annular flow is desirable.

An advanced diagnostic technique combining synchronized infrared thermography and an electrical conductance-based liquid film thickness sensor was utilized to investigate the details of SNB phenomena with high spatial and temporal resolutions. Main control parameters of the tests included: mass flux, steam quality and heat flux. System pressure was held close to atmospheric pressure. At each set of conditions, the local distributions of 2D surface temperature, 2D heat flux, and quasi-2D liquid film thickness were measured, from which the SNB heat flux and wall superheat were extracted, as well as the hydrodynamic properties of the disturbance waves. The experimental observations show for the first time the multiscale interaction of the extremely thin film and small nucleation cavities, with the large disturbance waves and their associated temperature oscillations. A first of a kind 1D mechanistic model was developed to accurately capture this unique transient effect of the disturbance waves on the local heat transfer. 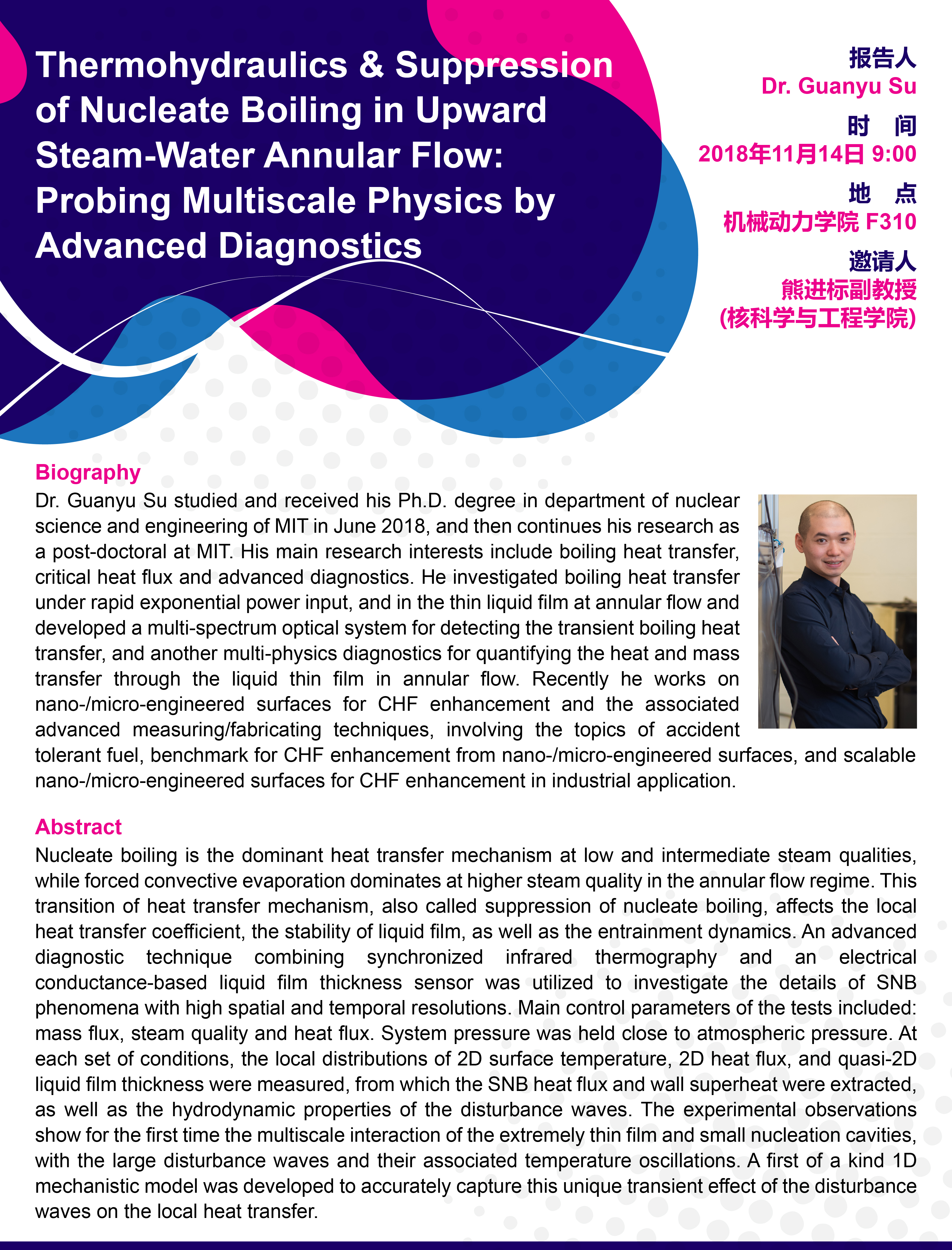