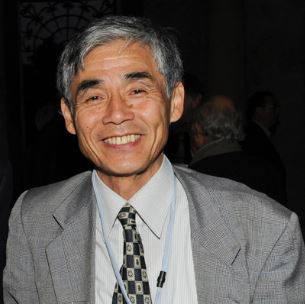 Shinji Hara received the B.S., M.S., and Ph.D. degrees in engineering all from Tokyo Institute of Technology, Tokyo, Japan, in 1974, 1976, and 1981, respectively. In 1984, he joined Tokyo Tech. as an Associate Professor and has served as a Full Professor for ten years. Since 2002 he had been a Full Professor of Det. of Information Physics and Computing, The University of Tokyo until March in 2017.  He is currently a Professor at Chuo University, Tokyo, Japan and Professor Emilites of University of Tokyo and Tokyo Institute of Technology. His current research interests are in robust control, decentralized cooperative control for large-scale networked dynamical systems, system biology, glocal control. Dr. Hara received the George S. Axelby Outstanding Paper Award from the IEEE Control Systems Society in 2006. He was the President of SICE in 2009, the Vice-President of the IEEE CSS in 2009-2010,and IFAC Council member in 2012-2017. He is Fellow of IFAC, IEEE and SICE.

There are many dynamical systems that can be regarded as hierarchical networked dynamical systems in a variety of fields related to smart cities.  One of the ideas to treat those systems properly is "Glocal (Global/Local) Control," which means that the global purpose is achieved by only local actions of measurement and control. The key for realization of glocal control is hierarchical networked dynamical systems with multiple resolutions in time and space depending on the layer. After the explanation of the background, a unified framework and its fundamental control theory for glocal control, we focus on how to design hierarchically decentralized control with global/local objectives by aggregation.  Through the talk we show the effectiveness of the theoretical results for applications to electric vehicle control. 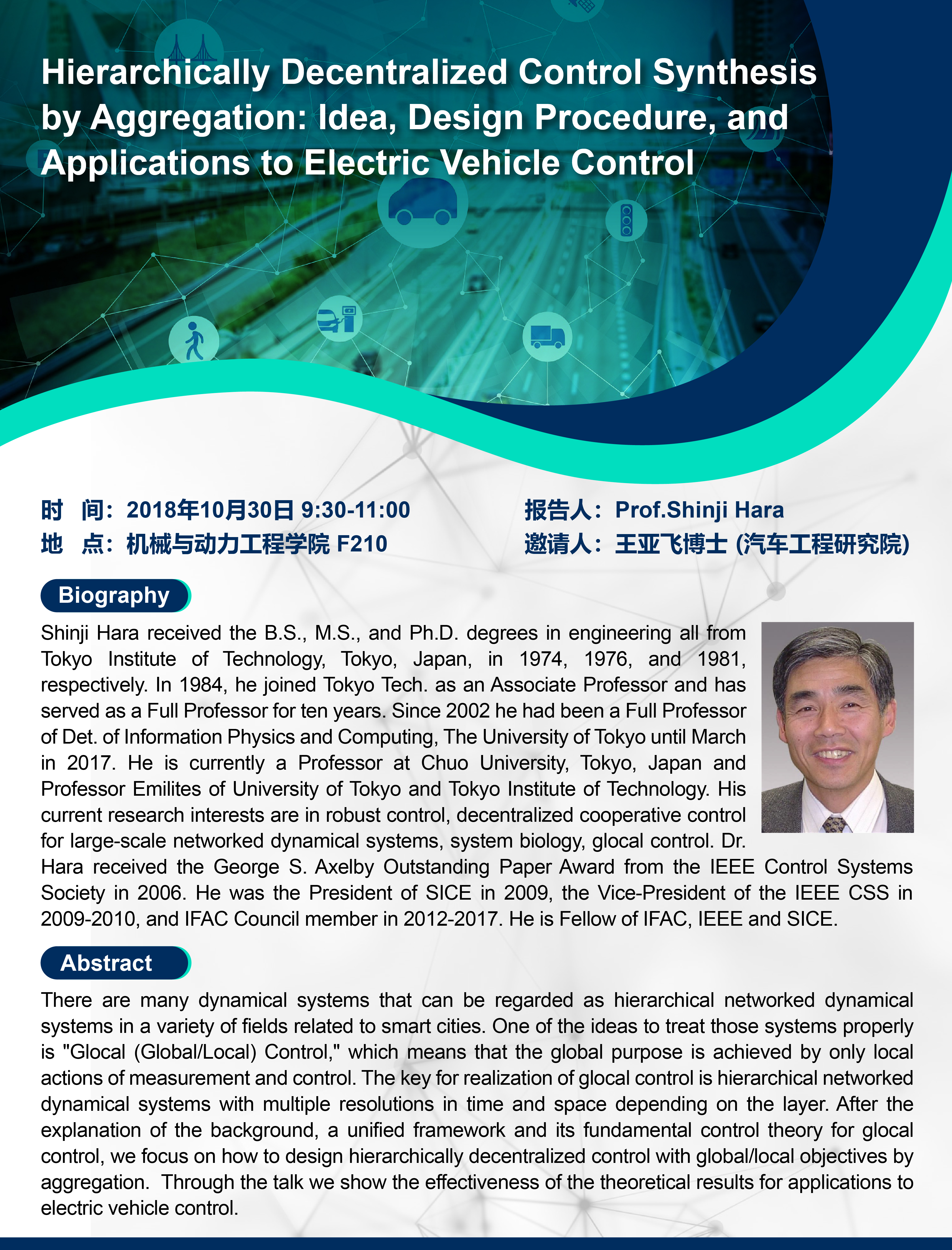